Heaven confuses many people. Some don’t understand much about it. Others are convinced they know all they want to know and have decided they aren’t interested. A lot of people think heaven sounds boring with a capital B!

Huck Finn said that he thought heaven was a place where a person would “go around all day long with a harp and sing, forever and ever.” I have never heard any of you play the harp. I have heard some of you sing. With all due respect, I don’t think much of the idea of spending forever listening to either. Undoubtedly it was this perspective that led Mark Twain to write on another occasion, “I’ll take Heaven for the climate and Hell for the society.”

A few years ago, the subject of heaven came up in a speech before the National Press Club by Ted Turner, the millionaire founder and former owner of CCN. Turner is sometimes not so affectionately called “the mouth of the South.” I don’t know the context. Perhaps someone had asked him about his ex-wife Jane Fonda’s professed conversion to Christ. I suspect Turner spoke for a lot of people when he said, “Heaven is going to be a mighty slender place. And most of the people I know in life aren’t going to be there. There are a few notable exceptions and I’ll miss them . . . Heaven is perfect. Who wants to go to a place that’s perfect? Boring. Boring.”

Heaven will be a lot of things — beautiful, gorgeous, magnificent, marvelous, amazing, fantastic, surprising, radiant! But boring isn’t one of them! That notion is one of Satan’s big lies. The Deceiver will do anything he can to discourage saints and sinners alike from becoming too enthusiastic about what God has in store for those who love him. Two tactics have proven especially effective. He paints hell as one big party and heaven as a bunch of monks standing around watching paint dry.

Revelation 21Revelation 22 sets the record straight once and for all. Scattered throughout these two climactic chapters are an abundance of clues about the true reality of heaven. They assure us that heaven will not be boring. Anything but! Why?

For one thing, there will far too much to explore. Boredom comes from shortened horizons and limited expectations. I remember when our older kids were in upper grade school or junior high. A few days after school was out in June they began to complain about being bored. “There’s nothing to do. We’re bored!” I’ll bet you have heard the same complaint. Of course, all they had been doing all day was sitting around the house watching TV. Like any thoughtful parent I tried to solve their problem by offering to have them mow the lawn, clean house, or wash the windows. That went over like a screen door in a submarine!

After listening to the complaints for several days, I decided on another approach. I told them they didn’t have to do any of the chores. They could do whatever they wanted. But I unplugged the television and put it in a closet. Wow, did the child abuse hotline ring off the wall that day! Within a few hours, they decided that anything was better than sitting in the house staring at the walls. So they adventured outside. It took a while, but before long they found so much to do and were having so much fun that we had to convince them to come in for supper. They found games to play, friends to meet, a neighborhood to explore, and adventures to discover. Summer suddenly became anything but boring.

John’s vision pictures heaven as a huge bustling city with a wall 200 hundred feet thick surrounding it. A wall was what made a bunch of houses a city in the ancient world. The vast metropolis stretched on for nearly 1500 miles in every direction, including height. The puny little Sears Tower would hardly be visible from the top of the New Jerusalem’s skyscrapers. The new city’s vast network of streets and avenues would sprawl as far as from the Atlantic seacoast to the Rocky Mountains of Colorado, from Florida’s Keys to the lakes of Minnesota.

And it’s totally safe to explore. That’s the poetic significance of much of the description. All of the negative things are eliminated. We used to live in a large city with many neighborhoods too dangerous to walk or drive alone in at night, including areas just a few blocks from our house. But not in the New Jerusalem! No more death, no more pain, no more crying, no more sea! To the ancients, the sea was the ultimate symbol of danger and destruction. Too many people who ventured out on the sea never came back. No more sea! All of the mean hate-filled people who ruin life for everyone else will be gone once and for all. Heaven’s streets will be clean and safe enough for the most innocent child to walk and explore.

I suspect that John’s vision is really like a blind man describing a rainbow or two farmers who have spent their entire lives on the prairie’s of northeast Missouri trying to talk about a mountain vista or the vast glaciers of Alaska. Heaven will be beyond our wildest imaginations — streets of gold, gates of pearl, foundations constructed of gemstones and precious jewels. Can you imagine the surprises and delights around every corner? And that’s just inside the city walls. Imagine the rest of the new world beyond. Boring — never!

Heaven will provide far too many places to explore and adventures to discover to be boring. And there will be far too much to do. I know that the common caricature of heaven is of cute little cherubs with glowing halos above their heads and discretely placed banners draped around their chubby little bodies floating on billowy clouds while serenely strumming on harps. I hope I don’t burst anyone’s bubbles, but that’s not the Bible’s version of heaven. We will have too much too do in heaven to lounge around all day on clouds.

Revelation 22:3 says, “The throne of God and of the Lamb will be in the city, and his servants will serve him.” Elsewhere John writes of the new songs that will be written and sung on the new earth (Revelation 5:9, Revelation 14:3). Jesus taught in his parables of judgment about the master who rewards his faithful servants with greater duties and larger responsibilities (Matthew 25:21, Matthew 25:23). The picture suggests a lot to do and take care of. In the parable of the pounds, the king rewards the servant who made ten pounds by placing him in authority over ten cities, and the servant who made five pounds with authority over five cities (Luke 19:17-19). Their reward consists not in idle rest but worthwhile service. Far from sitting on clouds, we will have more to do in heaven than we can possibly imagine. Does being the mayor ten cities sound boring? (Cf. An article on heaven by Anthony Hoekema in the September 20. 1985, issue of Christianity Today.)

There will be plenty to do in heaven. We will review and celebrate the victories of life on earth. We will join in the dynamic, joy-filled worship choir of the New Jerusalem. With new bodies and new voices, some of us will sing in a choir for the first time. Sorry, Sarah, but I am planning on singing lead in heaven! There will be feasts and banquets galore. Somebody will need to do the cooking and decorating. Good wholesome entertainment will abound. Gardens and orchards will need tending, but not weeding. The curse of Eden is gone forever. Work will continue but labor will cease. In the Bible’s language, labor is the grunt work, the drudgery that takes time and energy but never accomplishes anything. Work makes, builds, and does things that last and matter. Vast stretches of a new earth will need exploring and mapping. A great storehouse of eternal knowledge and wisdom will be ours for the learning. Boring — not on your life!

Another factor will keep heaven from getting boring. There will be so many people to meet and so many new friendships to make. Imagine meeting all your new neighbors. The saints of old will be there — Abraham, Moses, Jonah, and Paul. On and on the list could go. Just think of all the long discussions and unanswered questions you could talk over with them. Adam, what was life in the garden like? Noah, tell us about the animals in the ark. Elijah, tell me about the fiery chariot ride or the battle with the prophets on Mt. Carmel. I would love to hear David’s version of the fight with Goliath or Peter tell about walking on water or James and John’s description of Pentecost. And that’s just the beginning.

Imagine meeting the pioneers who planted your church or the reunion with your own departed loved ones. There’s nothing boring about getting together with old friends or relatives. Imagine your great grandparents you never knew or your favorite uncle who passed away when you were a child. Or the sister, or the spouse, or even the child who preceded you into eternity. Seeing them, boring?

An unknown author wrote, “As a boy, I thought of heaven as a city with domes, spires, and beautiful streets, inhabited by angels. By and by my little brother died, and I thought of heaven much as before, but with one inhabitant that I knew. Then another died, and then some of my acquaintances, so in time I began to think of heaven as containing several people that I knew. But it was not until one of my own little children died that I began to think I had treasure in heaven myself. Afterward another went, and yet another. By that time I had so many acquaintances and children in heaven that I no more thought of it as a city merely with streets of gold but as a place full of friends. Now there are so many loved ones there I sometimes think I know more people in heaven than I do on earth.” Boring? I don’t think so!

But one other thing will keep heaven from becoming boring. On top of the people, the places, or the vast array of things to do, God will be there! For those who know him here and love him now, being with him could never be a waste of time or anything less than the most exciting, exhilarating experience imaginable! God’s presence makes heaven, heaven!

I suppose that’s really at the root of the mistaken notion that heaven might be boring. People who haven’t yet gotten acquainted with God can’t possibly imagine how fascinating, creative, and exciting he can be. His love is without limits. His imagination goes beyond anything that has yet crossed our minds. To know him is to love him. To love him is to want to know him more and spend forever discovering the vast richness of his blessings. That’s what following Jesus is all about — beginning the never-ending adventure of discovering God. All that and heaven too! 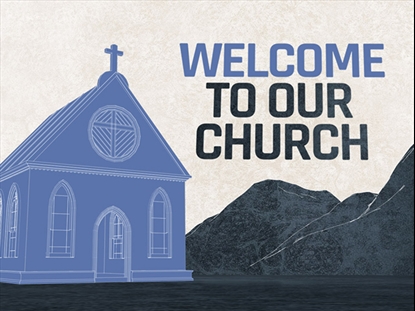 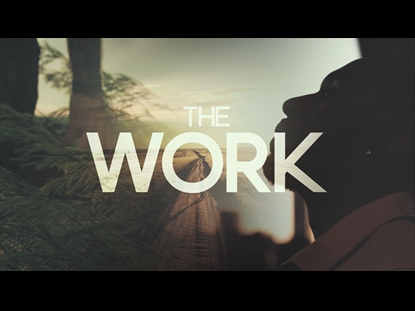 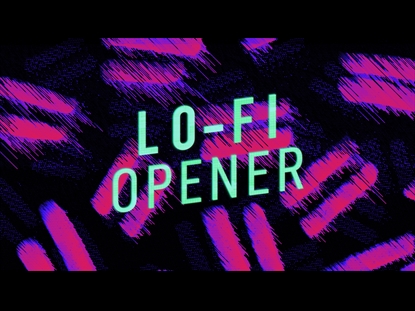