Participating in Christ’s Death and Resurrection

In the folklore of the Canadian Rockies, the story is told of a shared victory between a park ranger named Felix Monroe and his loyal old mare. In the early spring, when Monroe was inspecting backcountry trails, he came upon the carcass of a deer. Dismounting, he began to poke at the remains with the barrel of his rifle. Suddenly, the calm was pierced by a blood-curdling roar. It was the unmistakable growl of a grizzly bear, annoyed by the fact that someone was tampering with its supper.

On the killing tree, he fought our battle, and his victory has become our victory.

The sow charged the ranger ferociously. Monroe managed to fire a shot into the torso of the bear, but it failed to stop her. With a terrific blow, the bear dashed away his gun and drove him to the ground, mauling him mercilessly.

At the instant Monroe was being dragged into the jaws of death, the faithful mare suddenly reared up and began attacking the bear. Lashing out with her forefeet and then, swinging around, striking also with her hind feet, the horse distracted the aggressor and drew its fury onto herself. The bear thrashed the horse’s flanks and shredded her saddle to ribbons, and when at last finished with the rampage, she snorted in indignation and lumbered away. 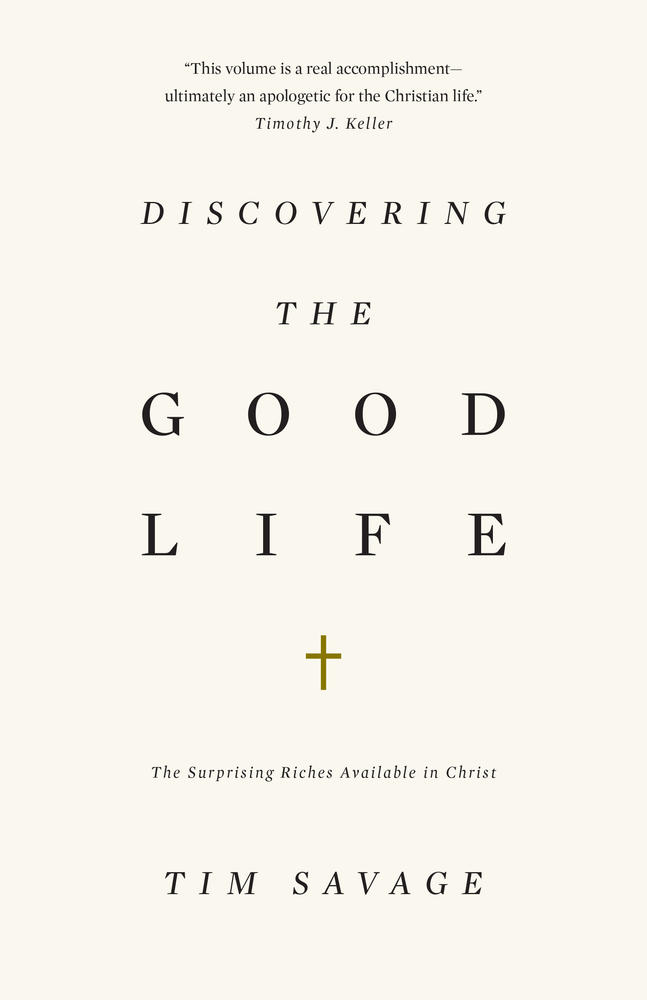 Tim Savage sets forth a distinctly Christian vision of “the good life,” explaining how being “in Christ” leads to the most liberating, fulfilling life any human could experience.

The old mare was pitifully maimed. Slabs of flesh dangled from her shoulders and blood hemorrhaged from her side. Monroe, too, was gravely injured, but somehow managed to throw himself onto the back of the horse. Face down and soon unconscious, he was carried the many miles back to camp. When the two arrived, Monroe was still breathing, but the old mare, weakened by loss of blood, collapsed and died.

In the oral history of Canada, the horse is immortalized. She threw herself into a battle her partner could not win. She took the blows he could not survive. She gave her life so that he might keep his.

By dying to the bear, by refusing to yield to the bear’s fury, the old mare liberated Monroe from its power. It was a shared victory.

His Victory Is Ours

A similar liberation takes place at the tree. On the cross, Jesus took the worst that sin could mete out. He stood his ground. He resisted sin to the end. He purged sin of its power. He died to sin.

And we are the beneficiaries.

On the killing tree, he fought our battle, and his victory has become our victory. Dying, he set us free from the fury of sin. “Behold, the Lamb of God, who takes away the sin of the world” (John 1:29)

Content adapted from Discovering the Good Life by Tim Savage. The article first appeared on Crossway.org; used with permission.