In the Fall of 2001, Crossway published the English Standard Version (ESV) of the Bible. Seven years later, in 2008 Crossway released the ESV Study Bible. With over 1 million ESV Study Bibles sold, I think it’s safe to say that the Study Bible was well received. In less than one year after publication, the Evangelical Christian Publishers Association bestowed a first-ever award on this Study Bible. This tremendous work was the recipient of the prestigious Book of the Year award which had previously never been awarded to a Study Bible.

Over the past ten years, many of us, and countless others have taken advantage of the rich articles, study notes, book outlines, maps, and more that can be found in the ESV Study Bible. For many of us, it is a daily, go-to resource as we dig in and study the Word of God.

Now, ten years later, we are being introduced to a new, special edition of the ESV Study Bible: the ESV Heirloom Study Bible. Not only is this edition being released ten years after the original edition, it is also happens coincide with the eightieth anniversary of Crossway. So it is truly a unique and special time for this edition to be released.

Here are some key highlights for the ESV Heirloom Study Bible:

With over 2,700 pages, and weighing in at around 5 pounds, there is no questioning that this is a large Bible. The flipside, however, is that this Bible is a stand-alone resource that can satisfy our study cravings for years to come. If you are looking for a study Bible, then I would highly consider this special edition being offered to us from Crossway. 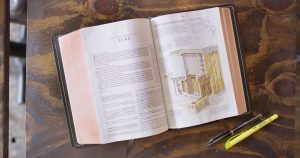 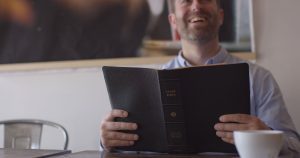 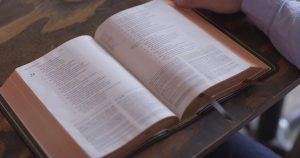