Even though all the evidence is to the contrary, we often seem to believe that life here on earth is—or at least ought to be—easy. In reality, however, life is hard—often very, very hard. That is, of course, exactly what the Bible leads us to expect. According to the Bible, the Christian life is not a picnic but a battle, an armed struggle against a powerful adversary. To engage in that battle properly, we need a spiritual makeover in which our flimsy, inadequate natural attire—the spiritual equivalent of a t-shirt and flip-flops—is replaced by suitable armor and weaponry. Without that armor and weaponry, we will be unprepared for what faces us.

Myth #2: The armor of God is only for “super Christians.”

There are not two separate classes of Christians: Christian soldiers and Christian civilians. There are only prepared and unprepared Christian soldiers. An unprepared soldier of flesh and blood will not be able to stand against the scale of the spiritual forces ranged against him or her in the midst of what Paul calls “this present darkness” (Eph. 6:12). In many respects, the dark world in which we live is Satan’s playground. There are tempting sights, sounds, and tastes in this world that dazzle and allure us into sin. There is much that seems desirable to our eyes and many powerful temptations that find a ready ally in our flesh. Earthly objects are very real to us, while heavenly realities often seem ethereal and intangible. Satan also has centuries of experience as a tempter, knowing exactly which temptations are most likely to draw our individual human nature into sin, whether giving ourselves to a particular form of excess or to a subtle self-exalting pride that flows from a belief in our own righteousness. The powerful combination of the world, the flesh, and the devil is inevitably overwhelming, left to ourselves. This is why in Ephesians 6 Paul doesn’t merely say, “Bring the armor of God along with you on the off chance that you might need it.” Rather, he says, “You will need it; so put it on.” 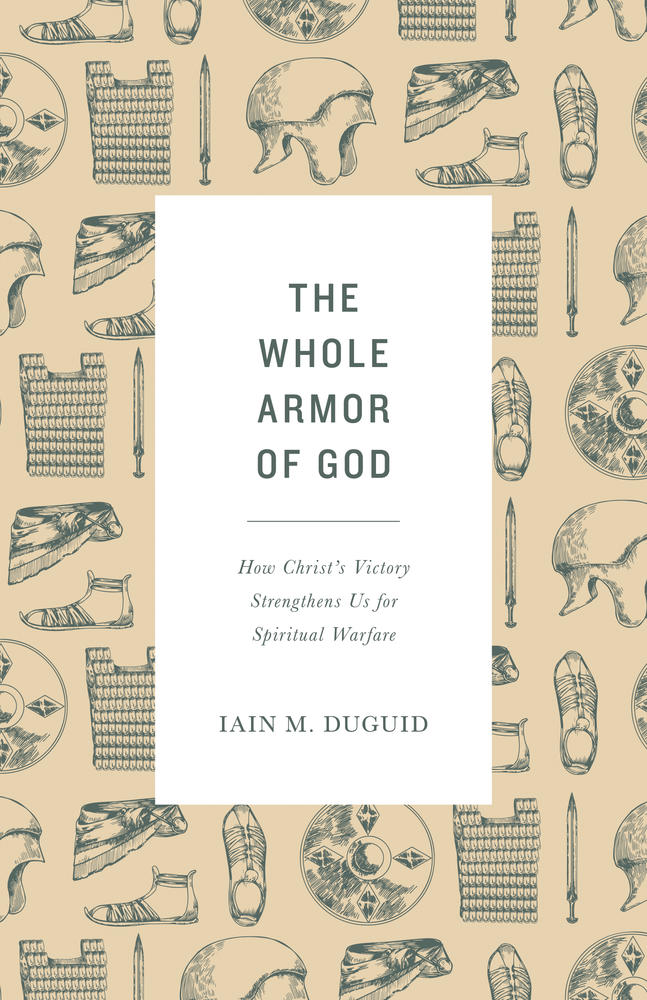 The Whole Armor of God

Duguid walks through the “armor of God” passage in Ephesians, examining the Old Testament context of each piece of armor and encouraging readers as they fight sin while resting in the finished victory of Christ.

Myth # 3: In the modern world, we can’t believe in a literal devil.

Many modern people find the idea of a cosmic being whom we can’t see, feel, or touch and who promotes evil in this world unthinkable. Of course, the devil in whom they don’t believe is often not the biblical figure but a rather ridiculous image with hooves and horns. Who could seriously believe in that creature? It is rather convenient for the devil when people don’t believe in his existence. Then he can pursue his nefarious schemes unsuspected and undetected.

Yet who doubts the reality of evil in this universe? Almost everyone agrees that some things are not merely tragic but genuinely evil. Gassing millions of Jews in the death camps of Poland is evil. Press-ganging young African children into an army, getting them high on drugs, and then sending them into battle is evil. Trafficking women in the sex industry is evil. Where does all this evil in the world come from? Man’s natural inhumanity to man hardly seems a sufficient explanation for evil on this scale. Is it possible that there is another factor, a supernatural, spiritual dimension, to all of this moral depravity? If you believe that the universe you see around you is all there is, or was, or will be, then you have no rational basis on which to be shocked and outraged at evil. What we call “evil” must then be interpreted simply as an emotional response within us to dangerous things, triggered by evolutionary biology. But the Bible has a richer and deeper explanation for the sad world we find ourselves in, an explanation that allows us to recognize the profound reality of evil and the invisible, personal spiritual forces that lie behind its constant reappearance in different shapes and forms.

Myth #4: Paul invented the idea of the armor of God from watching Roman soldiers.

Many people assume that, as Wikipedia puts it, “the various pieces (the belt of truth, the breastplate of righteousness, the shoes of the gospel of peace, the shield of faith, the helmet of salvation, and the sword of the Spirit) are correlated to what Paul would have witnessed firsthand as the arms and armor of Roman legionaries during his life in the Roman Empire”.1This assumption, however, misses the fact that each of the pieces of armor that Paul describes has a rich background in the Old Testament, where they quite literally describe “God’s Armor”: the armor that God himself dons to rescue his people. It is the Old Testament and not the Roman legionary that provided Paul with his inspiration—and if we miss this background, we may easily misinterpret and misapply the various pieces of the armor.

Myth #5: The armor of God is primarily a list of virtues that I need to achieve.

Understanding the Old Testament background challenges the common view that the Christian armor is primarily a set of disciplines we must perform to measure up as Christians. It is certainly true that God’s armor describes essential qualities for us to pursue passionately if we are to stand firm under Satan’s assault. Yet the armor is first and foremost God’s armor rather than ours. The gospel tells us that the divine warrior gives us his equipment, which he wore first triumphantly in our place in his own definitive struggle against the forces of evil. Jesus Christ is the triumphant warrior over Satan, death, and sin through his faithfulness and righteousness, and his victory is now credited to us as if it were our own. Because he stood firm in his battle, we Christians—weak, fearful and unprepared as we so often are—will also ultimately stand. By faith, his righteousness becomes ours; in Christ we have a shield of refuge in God, who will never leave us nor forsake us.

This is the good news that we have been given the privilege of heralding far and wide throughout the world, as well as preaching to our own hearts on a daily basis. The armor of God speaks God’s mercy and grace to broken sinners and points us to a salvation that the combined forces of hell itself can never steal from us because it is treasured up for us in Christ.

Iain M. Duguid is the author of The Whole Armor of God: How Christ’s Victory Strengthens Us for Spiritual Warfare.

Content adapted from The Whole Armor of God by Iain Duguid. This article first appeared at Crossway.org; used with permission. 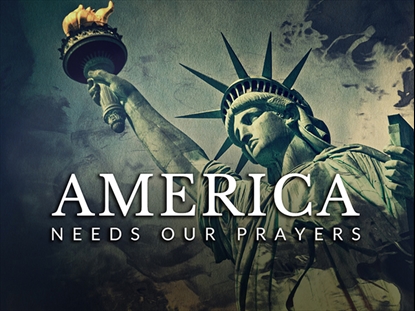 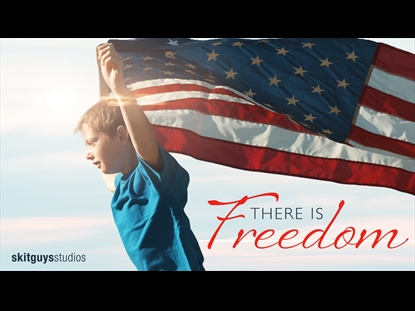 THERE IS FREEDOM
Skit Guys Studios 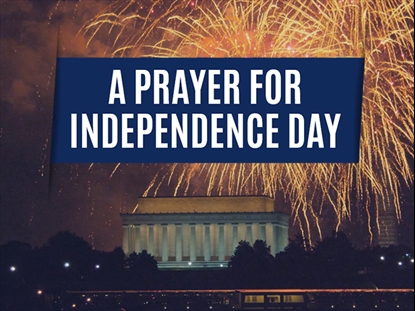 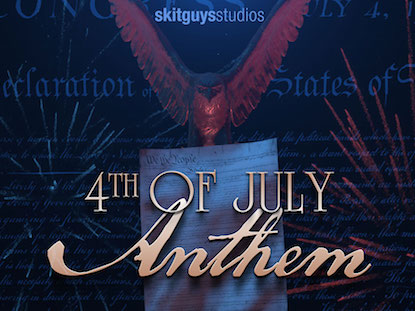