Many people are afraid that when they die they’re going to be immersed in darkness. After all, when you close your eyes, it’s dark. And when we see a person who is dead, his or her eyes are closed. So it’s easy to make that connection between darkness and death. But not only is the connection false, it is the very opposite of the truth. After death, there is not one moment of darkness. According to the Bible and every tradition within Christianity, God is light. And his kingdom is a kingdom of light. When human beings die, they are not plunged into some kind of black hole. Death doesn’t resemble unconsciousness in any way. It’s nothing like being in a dark room. It’s nothing like nighttime. The instant a person dies, he or she has an encounter with the living God and, as a result, sees the light that proceeds from God. It is a light of profound intellectual illumination. And it is a light that either brings comfort, peace, and consolation or, in the case of a damned soul, burning pain.

It is this light that constitutes the essence of what Christians call judgment, because it is a light that illuminates the whole truth about reality, including the truth about the soul itself.

At the very instant of death, everything that was previously hidden from the soul in earthly life suddenly becomes clear. For the first time, the soul is able to see the invisible truth about itself. It sees itself as it really is, as God sees it. It sees the good, the bad, and the ugly. It sees exactly how much of its life on earth was given over to love and exactly how much was given over to selfishness and sin. It sees all that it has ever thought, desired, spoken, done, and not done. It sees it all in a flash of penetrating light.

This is an important point to grasp. When the newly separated soul is exposed to the light of God and sees itself for what it actually is, it retains its identity. In other words, when you die, you will still be you. You will know who you are and what has happened to you. You won’t suddenly get amnesia in the afterlife. In fact, your memory and conscience will extend even further-to your whole moral and spiritual past and down to the minutest detail. You will be able to see who you are at the very core of your being. The particular judgment is this moment of radical self-revelation.

This is one of the biggest differences between Christianity and Eastern religions such as Buddhism and Hinduism. According to those faiths, human beings don’t have any kind of permanent identity. When you die, whoever you were in life ceases to exist. Your spirit may continue on in some other way or reincarnate in some other form, but it won’t truly be you. Like a drop of water immersed in the ocean, the human soul loses its individuality after it passes from this life.

Christianity, on the other hand, teaches the exact opposite. In the next life, not only will you continue to be yourself, but you’ll actually become more of who you really are. Your true personality-your best you-is what lives on in heaven. Likewise, if you reject God, your worst you-essentially what remains of your identity after your choice to embrace evil and after your phony, pretty exterior has been burned off-is what lives on forever in hell.

For a soul that is damned, judgment actually consists of several distinct, simultaneous phases. First, the soul’s final decision about God becomes fixed and unchangeable. Second, all grace from God stops. Third, the soul is exposed to and infused with a light from God that enables it to clearly see the decision it has made to reject God. This light also reveals to the soul all the other evil choices it made in life. Thus the soul fully recognizes its depravity. Fourth, by virtue of this free choice, the soul falls into hell.

This is a very different picture of judgment than the cartoonish idea so many people have about it. Even Christians are guilty of misunderstanding the concept of God’s judgment. Many of them believe that when someone dies, God is waiting at the pearly gates with the spiritual equivalent of a big stick in his hands, ready to pounce on that person for all his sins. And if those sins are serious enough, he is eager to pronounce sentence and open some kind of trapdoor through which the person plummets to eternal hellfire.

But this is not the case. As the apostle Paul said of those being judged, ”The requirements of the law are written on their hearts, their consciences also bearing witness, and their thoughts sometimes accusing them and at other times even defending them. This will take place on the day when God judges people’s secrets through Jesus Christ, as my gospel declares.”

In other words, judgment should never be conceived of as a form of vengeance inflicted by God from the outside. Rather, it is something that results from the very nature of sin and our own awareness of our free-will decision to embrace it. Thus, when it comes to the particular judgment, God doesn’t have to pronounce a sentence at all. Yes, a judgment is made and a sentence issued. But there is never any conflict between the opinion of the court and the opinion of the defendant.

In God’s court, there is no anticipation or worry or dread while the defendant awaits the decision of the Judge. The decision of the soul is in complete conformity, harmony, and agreement with the judgment of God. A soul that has rejected God wants to remove itself from God’s presence. The soul thus falls into hell of its own volition.

Taken from Hell: A Guide by Anthony DeStefano. Copyright

2020 by Anthony DeStefano. Used by permission of Thomas Nelson. www.hellaguide.com 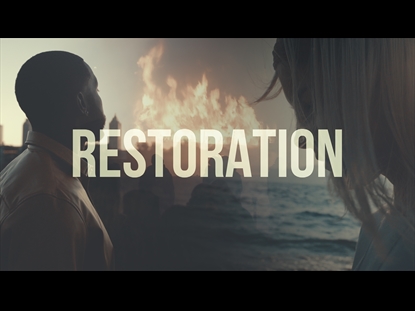