In John 4:35, Jesus says to His disciples, “…Lift up your eyes, and look on the fields; for they are white already to harvest.” (KJV) For more than four decades, Steve Wingfield has been working hard in the fields, and God is bringing a bountiful harvest.

Wingfield, founder of the Steve Wingfield Evangelistic Association, first started with city-wide crusades similar to the style of Billy Graham. During a 2003 crusade in Bristol, Tennessee, he visited the Bristol Motor Speedway at the invitation of its general manager, Jeff Byrd, after which Byrd asked him to lead a chapel meeting at the Speedway on a Sunday morning. “I came out of that chapel and saw 165,000 people packed in a half-mile track,” says Wingfield. “I felt like the Lord gave me a vision to do a concert ministry during race weekends.” 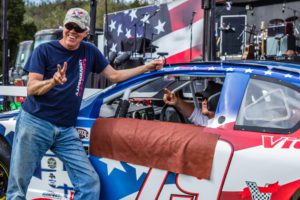 He then began the Victory Weekend ministry, coordinating events at NASCAR races around the country. After a few years of setting up in the “fan zone” at a race, he and his team began to see more fruit once they moved to the nearby campground. “After the race, people go back to their motorhome or camper to get something to eat, and they don’t want to go anywhere because of traffic,” Wingfield shares. “They sit around the campfire, play cornhole or some other game, and there is a good bit of liquid consumption that takes place. We provide faith-based entertainment with the message of Christ. It’s not a preaching event, but we give them good music and entertainment, along with interviewing NASCAR drivers who often come to Victory Weekend celebrations. They sign autographs for fans and share their testimonies as I interview them.”

Another important focus during these events is to honor veterans, military personnel and first responders. Wingfield explains how this opportunity occurred. “There was a double amputee who had served in Iraq, and he shared his testimony. Following the service, we were talking backstage and he asked me a question that really nailed me to the wall. He asked, ‘Where’s the most dangerous place to serve in the U.S. military?’ I said, ‘Afghanistan,’ as that was where the war was going on at the time. He said, ‘You’re wrong. We’re going to lose more to suicide than we will on the battlefield.’ Cold chills went all over me and I realized we had to do something.” 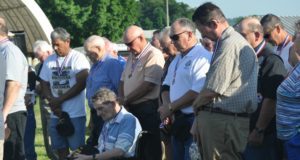 On Saturday evenings, the Victory Weekend team invites all veterans, active military personnel, and first responders to come forward. The team thanks them and hangs a medal around each person’s neck.

“We have young people now who have been deployed 14, 15, 16 times. You cannot even imagine the stress, pain and angst that it puts on families. It’s not just that many of them have been wounded and dismembered, but it’s the wounding of the heart and mind, and they just can’t shut it off.”

Wingfield has heard many stories from soldiers all over the country, including one 19-year-old man in Michigan who had tears running down his face. The soldier confessed, “I got back from Afghanistan three weeks ago, and I’ve thought of nothing but suicide every day. I was coming to the race this weekend and I was going to pull the trigger on Monday, but Jesus rescued me tonight.” 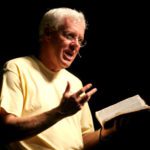 Along with Victory Weekend events, Wingfield and his team minister at local churches before and after the race weekend. “We’ll do what we call ‘Finish a Winner’ community events on a Thursday night at a church. We have a show car, and we let people get in, and both kids and grown-ups love that. And usually, Sunday morning, I’m at a church somewhere preaching again with the car.”

The team has been thrilled to see thousands of people come to Christ through the ministry. To follow up with those who have made decisions, a free Victory Weekend app is available. When someone downloads the app, it prompts them to develop a customized spiritual profile. Based on the profile and at times of the user’s choosing, Wingfield sends a daily verse of Scripture to encourage the person. Each person is also given a copy of Building Your Faith, a Bible study that Wingfield has developed to help Christians in their beginning walk with the Lord.

Another passion of Wingfield’s is a program called Lodestar Guidance, a tool developed by his friend, businessman Paul Weaver. It is a study of 48 different core values that benefits business leaders, church leaders, small groups, and anyone who wishes to grow personally and spiritually. Leaders are furnished with teaching guides, and participants learn about the 48 principles through video lessons, guided reflections and online self-assessments.

“For each principle, a storyboard is written, then the storyboard is filmed,” explained Wingfield. “We were in Charlotte recently filming Accountability. For that one, it’s a pit crew changing tires on a race car and filling it up with gas in 12 seconds. Everybody has to be able to count on each other to make that successful. For Loyalty, we used a police officer and his dog. For Discernment, it was a mountain biker. Each one is different, and the videos are really high quality.”

Wingfield speaks at the end of each video to share how each principle can be applied to spiritual life. “Our heart’s desire is to impact as many lives as possible. These principles are important whether you’re a Christian or not. The future of our society is dependent upon these principles being embedded in our culture, and we’re losing that.”

The ministry has been given 524 acres of beautiful mountain property in West Virginia, where they plan to have the Lodestar Mountain Inn constructed. The Inn will feature 12 suites, a huge living area, kitchen and dining facilities, a technologically-savvy media and conference center, and numerous other features. The Inn is surrounded by stunning views and property with a fishing pond and hiking trails. It will also have a chapel modeled after an 18th-century church. The intent is to design a retreat for professionals to assist church leaders, youth groups, business executives, and other individuals and groups in a place to relax and be refreshed, all within God’s peace.

“We’re going to call it an Inn, because of the Good Samaritan’s Inn,” says Wingfield. “We want it to be a place of healing, restoration  and hope.”

The seemingly-tireless Wingfield will also lead a ministry trip for 30-35 people to Israel in spring 2017, March 23–April 3, which will be his 14th journey to the Holy Land. These trips are very meaningful for him, and he urges all believers to make such a pilgrimage if possible. “When you’re on the Sea of Galilee, you know that you know you’re where Jesus was. You walk on streets in Jerusalem where He walked. We always end our trips in the Garden Tomb and have communion there. I’ve never had anyone go that didn’t leave with a heart’s desire to go back.”

When he is not traveling, Wingfield loves to be at home with his wife, Barbara, in Mount Crawford, Virginia, in the heart of the beautiful Shenandoah Valley. They have two grown children, Michelle and David, and eight grandchildren.

Asked what drives him to keep evangelizing, Wingfield puts it this way: “My mission statement is to use every available means to reach every available person, to impact as many lives as I possibly can for the cause of Christ. I had at least 15 people who shared with me this weekend that they came to Christ through our ministry, and I’ll tell you what, if that doesn’t bring tears to your eyes and great joy, something’s wrong with you. God continues to amaze me!” 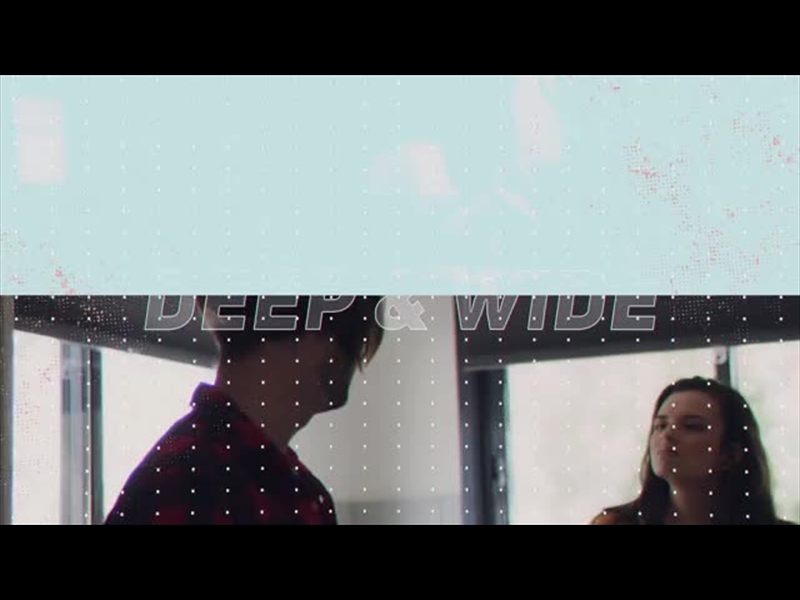