Wrapping up the year is our Best Artists list, which is meant to partly compliment our annual Reader’s Choice awards while offering some strong potentials to consider for this year’s Gospel Music Awards. Check out these twenty selections, reflecting the year’s best in vocalists, bands, and solo artists.

Everybody already knew from her previous four albums that Grant had the powerful pipes of a pop diva. But she showed a new level of artistry and versatility with the 2005 releases Awaken and Believe (her first Christmas album), effortlessly spreading her wings into pop, rock, gospel, soul, and jazz. Maybe it’s because she’s co-writing more of her own songs, or maybe it’s her newfound mission to raise awareness about human trafficking, but Grant also seems to be singing with increased passion and vigor&mdash;”Held,” anyone? This was indeed her breakout year, and you can bet there’s more to come.

Blame it on the infrequency with which she releases albums, but Cleveland is too often overlooked as one of the best vocalists in Christian music. Not this time. With 2005’s Men and Angels Say, Cleveland impressively interpreted classic hymns with her gritty and graceful bluesy style. She’s redefined what it means to cry for mercy and grace with the way she sells it vocally on this album.

Bergquist is famous for her passionate and versatile vocalizing, both readily heard on Drunkard’s Prayer. Here she runs the gamut from heartbreak to romance, poignantly expressing the near breakup of her marriage. Her performance of “My Funny Valentine” is breathtaking, and for those who haven’t yet seen Over the Rhine live, it’s not uncommon for Bergquist to surpass her album’s performance in concert.

One of gospel and pop music’s all time greatest voices returned in fine form with 2005’s Purified. The album again demonstrates that Winans is just as much at ease delivering a power ballad as she is with funky R&B. Hers is a strong voice with a sweet and tender undercurrent that keeps it controlled, preventing her from going over the top while establishing her as one of the best in the biz.

St. James has long proven capable of more than the usual pop/rock range, able to stretch her highs and lows while utilizing her voice for densely overdubbed background vocals. With the eagerly anticipated If I Had One Chance to Tell You Something, she again shows herself capable of soothing balladry (“Forgive Me,” “I Need You”) while also indulging her inner rock chick (“God Help Me,” “Alive”).

Last year, Millard made our list on the merits of his powerful voice and tender delivery. Add versatility to his strengths, evidenced by a pair of 2005 releases. Hymned No. 1, his solo debut, surprised everyone with eclectic arrangements that allowed him to flex his vocal muscle over pop, country, gospel, and more&mdash;there’s also something to be said for someone who can hold his own in a duet with Russ Taff. Later, his band released The Christmas Sessions, showing that Millard can deliver soaring rock vocals with the best of them. This man’s voice impresses in every way.

Hobbs could well be one of the most under-appreciated singers in Christian music today, but chances are you’d recognize his uniquely deep tenor from guest appearances on the albums of &hellip; well, seemingly just about everyone in pop and gospel. Look no further than his own Worshipper for impressive examples of his range and versatility, as he delivers some seriously stirring and soulful renditions of favorite worship songs.

Most people rightly praise Tomlin for his abilities as a worship leader and songwriter, but let’s also credit him for one mighty fine tenor vocal. Clear diction, pure tone, passionate delivery&mdash;he’s got all you could want from a dynamic worship leader. And indeed, as heard on Arriving, he knows how to use all of that effectively to lead thousands of people in singing praise to their Creator.

Never heard of this piano man? He’s got a voice that’ll make you wish you did. Part worship leader and part performer, he effectively combines the rock savvy of Gavin DeGraw or Pat Monahan (Train) with the clear pop vocals of Mark Schultz or Andy Chrisman (4Him). No wonder he’s performed at Billy Graham Crusades and toured with Point of Grace&mdash;he’s got a voice that’s Made to Shine.

The best part about Foreman’s voice is to listen to how much he’s progressed in his ten years as Switchfoot’s lead singer. In the late ’90s, he had the whiny alternative rock delivery down pat. Today, with the release of Nothing Is Sound, he’s matured into a charismatic frontman, equally capable of driving a catchy melody and letting fly some energetic rock yowls. This guy’s evolved from the club scene and ready for arena shows.

After continuing to ride the success of 2003’s The Beautiful Letdown, the band released its follow-up, Nothing Is Sound (our choice for best Christian album of 2005), to strong sales and then took the new music out on tour. Based on the quality of their music, stage design, and live performance, Switchfoot had clearly graduated into a first-class rock act that can compete with other heavy hitters in the mainstream, and remain one of Christian music’s strongest ambassadors to the world.

Frontman and songwriter Israel Houghton is certainly a major talent in his own right, but it’s his amazingly gifted team of musicians that truly elevates the music from simple praise & worship or gospel to something far more exhilarating. As heard on Live in South Africa, Israel & New Breed perform with the energy of a gospel choir, the precision of a jazz combo, and the eclecticism of a good jam group like Dave Matthews Band&mdash;all to God’s glory.

A remarkably diverse and intricate ensemble that bridges together hip-hop, funk, rock, R&B, soul, and pop, 4th Avenue Jones excels at breaking down cultural barriers with their unique sound and relatable lyricism, as head on Stereo: The Evolution of HipRockSoul. This Los Angeles band offers an unbelievably entertaining stage show that’s typically rooted in faith and ministry, yet still accessible enough to hopefully carry their music and message to mainstream audiences.

Confident enough in their beliefs and abilities to take their music to mainstream venues, this melodic indie rock band enjoyed a breakout year in 2005. Fueled by powerhouse guitar riffs and gorgeous keyboard arrangements, Mae’s sonic tapestry consistently fuels sellout crowds into a passionate sing-along. Considering their maturity in sound over two years, we can hardly wait to hear what’s next after The Everglow.

With 2005’s A Collision, David Crowder Band evolved into something far more impressive and exciting than their simpler beginnings as a college ministry team. They’ve credibly diversified their sound by adding alt-folk, electronica, symphonic rock, and even bluegrass to their worshipful pop/rock core, all supported by impressive musicianship. It all amounts to an excellent balance of worship, artistry, and entertainment.

With so many great artists and songwriters to choose from, it only seemed fair to finally give Chris Tomlin his due. Modern worship has developed a reputation for empty-headed and clich&eacute;d songwriting in recent years. But time and again, Tomlin has proven himself an exception as someone who understands how to match a praise-filled lyric with an unforgettable melody or hook. His 2004 release Arriving gained even more momentum in the past year, causing at least four new songs to catch on with contemporary worship services. It’s his rare balance of worship and artistry that’s ensured him as a valuable resource to the church for years to come.

Amazing that someone who writes with such depth can also create with such prolificacy, but that’s why Sara Groves remains one of Christian music’s consummate songwriters. Add to the Beauty is her fourth album in as many years, once again delivering a collection of introspective songs that appeal to the head as much as the heart. Some artists simply recite their faith to music&mdash;Groves expresses it and explores it in such a way that allows herself to be relatable and provocative.

For the last five years, Grant has generally been regarded as a pretty face with an amazing voice who sang “happy songs of faith.” In 2005, she upped the artistic ante with Awaken, an album inspired in part by her own awakening to the horrors of human trafficking. The newfound passion proved her capable of deeper songwriting and savvier production, resulting in her most successful album to date, and even a measure of crossover success. Now that she’s demonstrated what she’s capable of, it’ll be interesting to see where Grant goes from here.

This acclaimed singer/songwriter took a considerable risk this past year, opting to leave the comfort of Rocketown Records to make an album capable of reaching listeners outside of the Christian music subculture, God willing. Time will tell if the decision pays off for him, but Amusing revealed a new level of depth of songwriting to an already gifted artist. Now that Rice is creating with a broader lyrical palette and greater musical sophistication, one would hope that it’ll earn more admiration from music lovers everywhere.

She remains a consistently popular role model who lives out her faith, a successful author, and a spokeswoman for the Christian music industry. But in 2005, St. James also released If I Had One Chance to Tell You Something&mdash;her first original album in five years&mdash;and reminded us why she was successful in the first place. Skillfully crafted music and overt expressions of faith need not be mutually exclusive, as proven with the music from this multi-faceted talent.

In addition to 2005’s Reader’s Choice Awards, don’t forget to read the rest of our year-end coverage with The Best Christian Albums, Best New Artists, and Favorite Worship Albums of 2004. 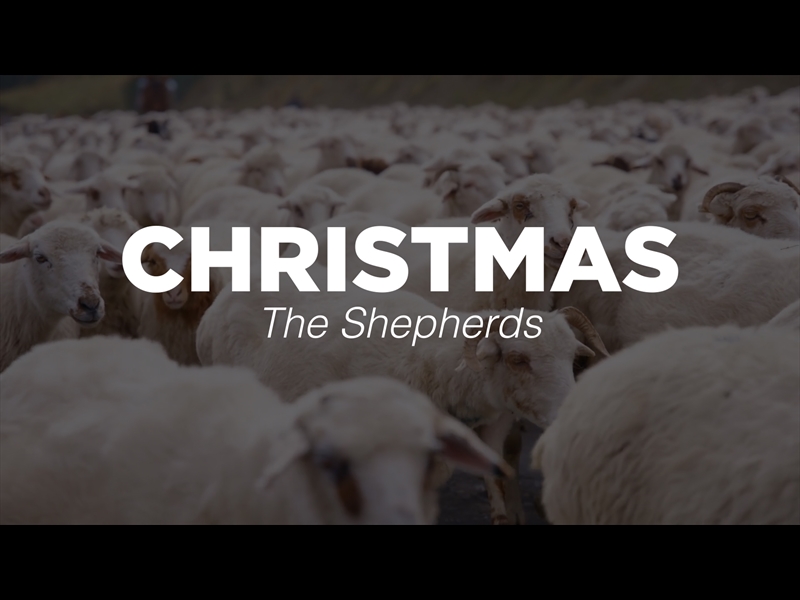 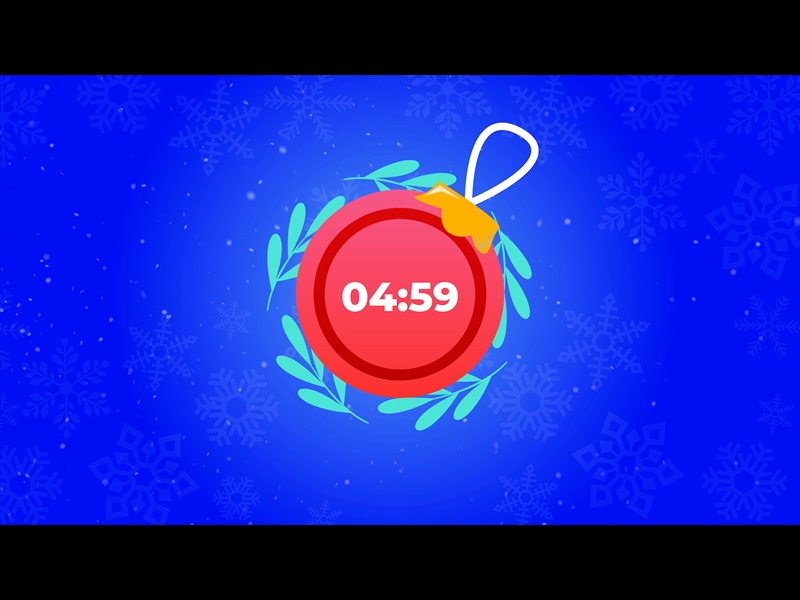